Wilson painted magnificent seascapes.  From May 23-June 9, 1951, Wilson held an art exhibit at the Associated American Artists Galleries at 711 Fifth Avenue, New York, NY.  At that show, 25 of his seascapes were shown, and “a portion of the proceeds of all sales {was to be} donated to Greenwich House”.  Vose Gallery in Boston, exhibited many of Wilson’s seascapes in 1957, to critical acclaim.

In the catalogue (archived at the Frick Art Reference), Wilson states:

“In my painting, I do not endeavor to copy any object ever presented to sight, or any actual scene or view or place that can be found anywhere in nature.  The images that I paint are formed by my imagination in a flash of inner vision and absolutely without the conscious aid of the rational or realistic mind.  The inner imaginative image is my only  model.  To it I give all of my skill and all of my labor.  The result is a work of pure imagination.  My effort is to project on canvas what I imagine, and to project it more powerfully than any photograph or any copy of nature could do.

The raw material of the inner image that I paint is sensation.  And the work of the imagination is to organize sensation, first into perception, and finally into conception.  To paint this image is to paint sensation, and therefore perception and conception in their essence.

What moves me to paint is an unquenchable desire to express certain emotions.  To me, all of those inner images of the sea’s turbulence (as subjugated to art) are personal symbols of the restless strivings of the human will.  The image of order within turbulence expresses my faith in the dignity of struggle for human ideals in the century of social upheaval and perpetual war.

I feel that art should be a vehicle for personal emotion rather than for a direct and faithful representation of natural phenomena, and I have endeavored to put into these paintings a personal emotion having at once a purely esthetic and broadly human significance.”

On June 4, 1951, the First Lady, Eleanor Roosevelt “blogged” in her My Day report, that she had visited this exhibit, and she reported:

“In certain ones the light made one think of tropical climates; in others the shores of Maine seemed to stand out.  More often the sky and the sea were stormy, but the light was nearly always breaking through.  Let us hope that out of this turbulent period in history the light will break through for all human beings”.

Many of the seascapes were given names, and some are signed.  Typically, the signature appears as initials shown below.  Some of the paintings are on linen or canvas, some mounted on board, and some painted directly on a board. 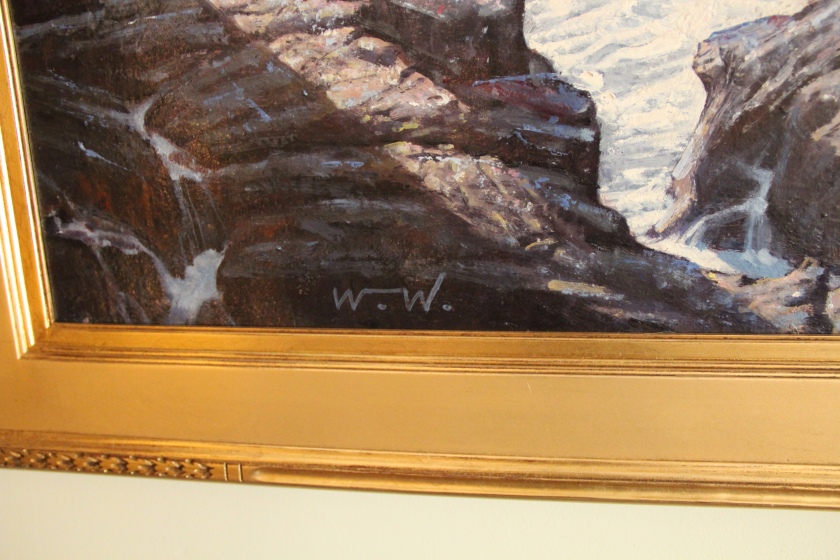 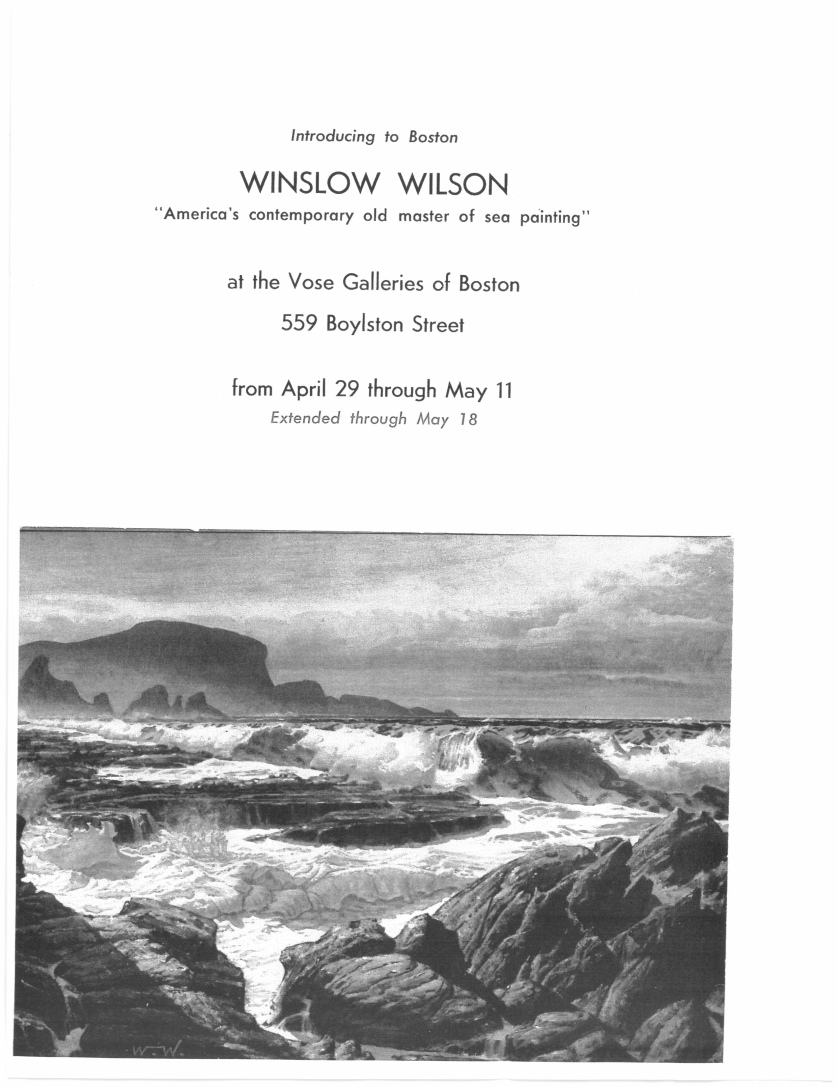 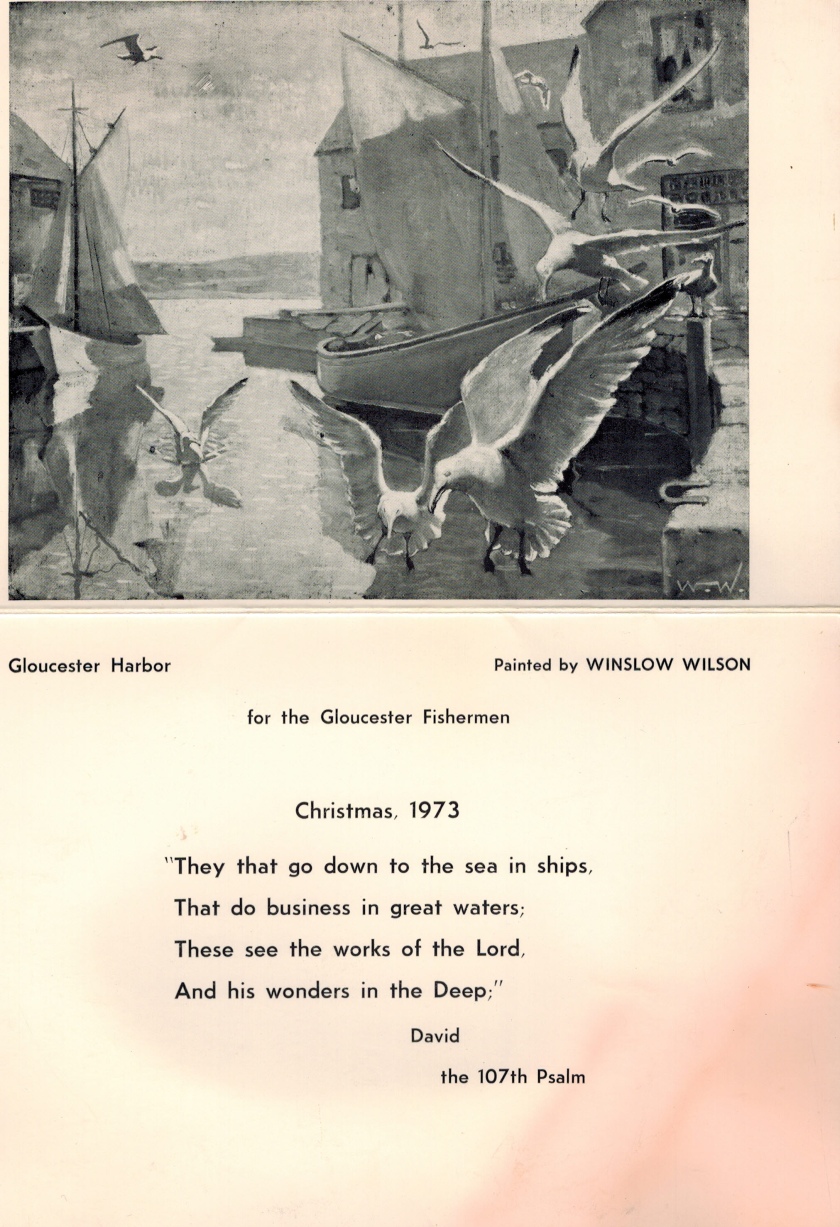 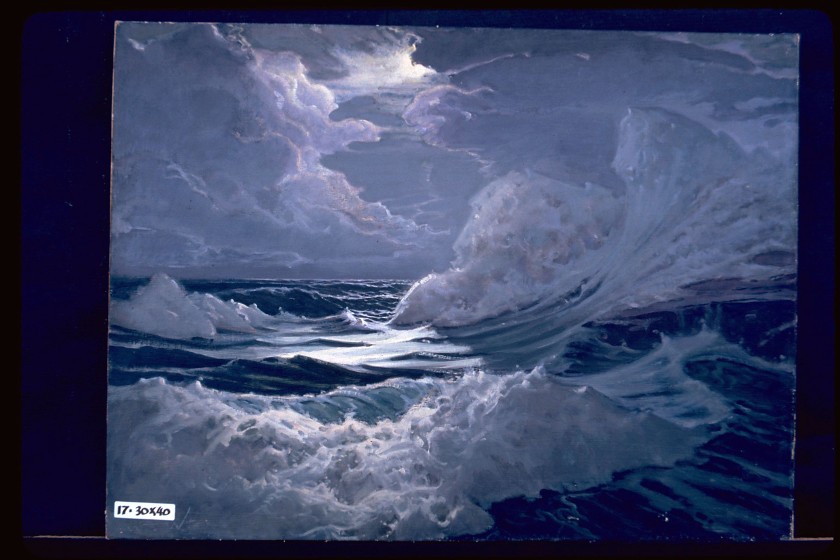 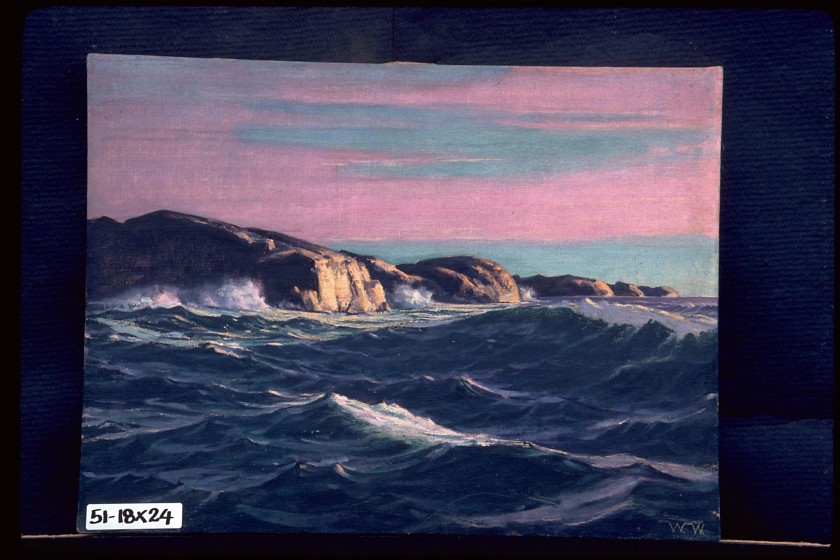 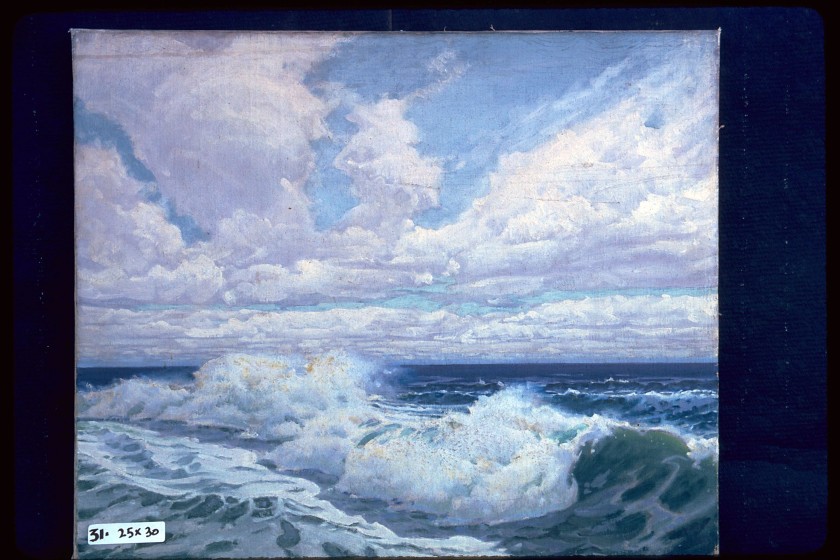 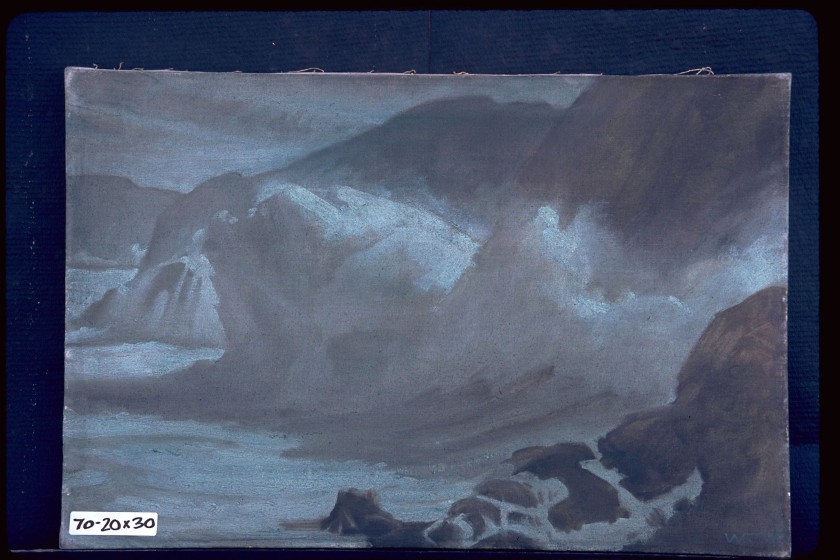 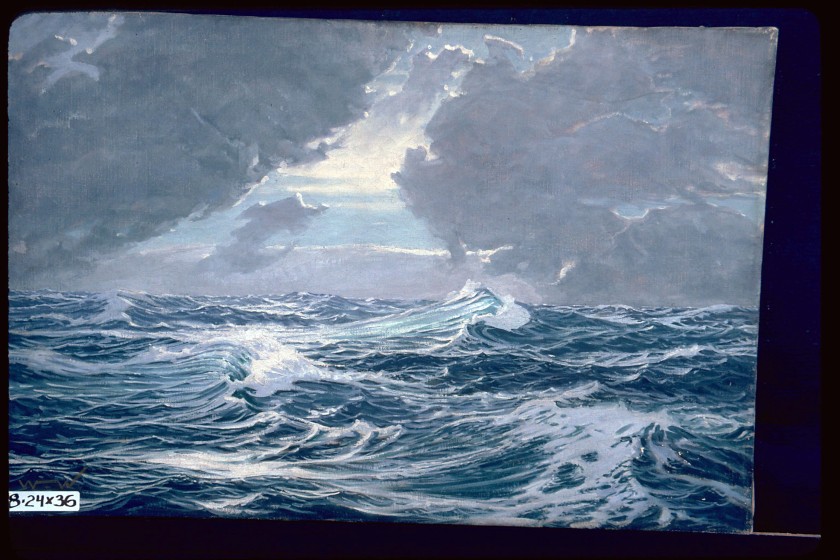 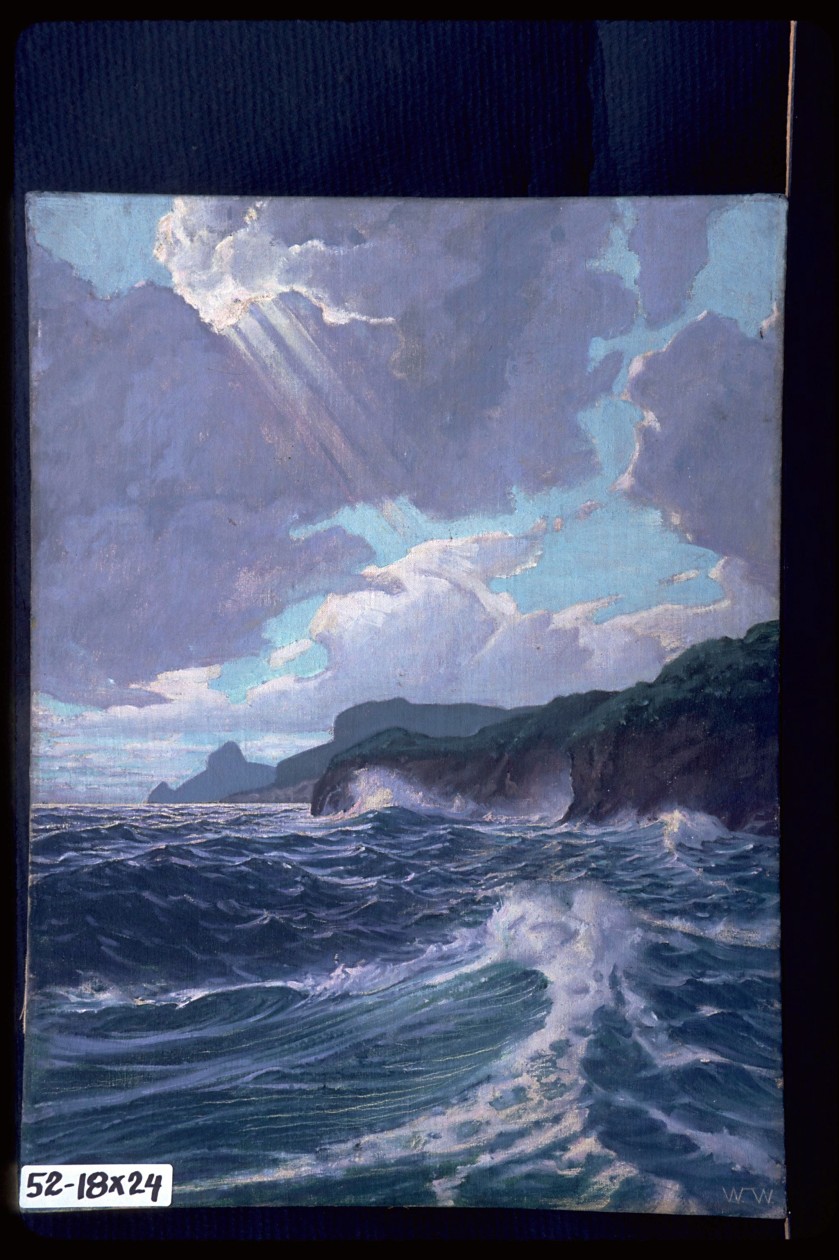 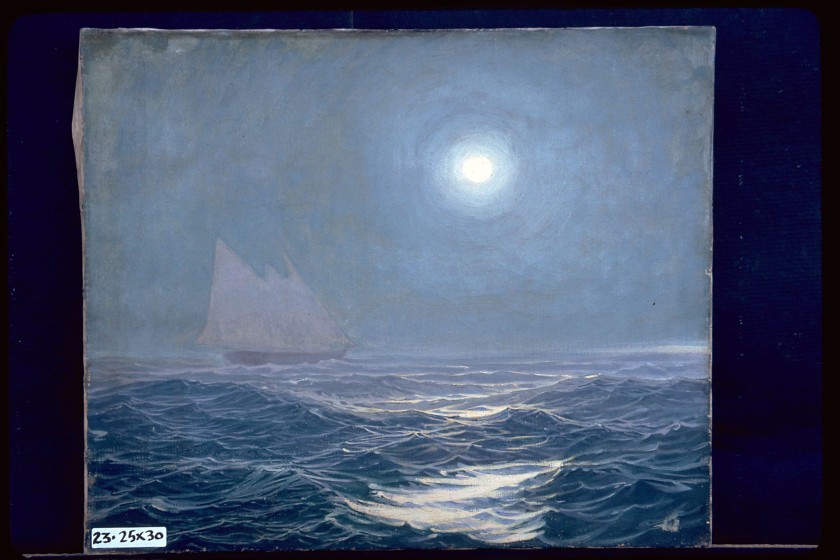