Wilson enjoyed a personal relationship with members of the Harvard Aesthetes, and is mentioned in various biographical information located regarding two of his co-editors of the Monthly during his time at Harvard.

E.E. Cummings wrote a poem, initially entitled “Arthur Wilson”.  The Ransom Library at the University of Texas shared a personal letter from Cummings, signed “Estlin”, addressed to “Tex”, Arthur’s college nickname.  In a biography entitled E.E. Cummings: A biography, by Christopher Sawyer-Laucanno, the author states “the major reason {Cummings} decided to remain at Harvard was that he had benefited enormously from his rich associations with fellow classmates, particularly S. Foster Damon, John Dos Passos, Sibley Watson, Tex Wilson, Scofield Thayer, and Stewart Mitchell – men whom he regarded as kindred souls, as equally dedicated as he was to pursuing the “new art”, for whom experience of the world (and books and music and painting) beyond the brick walls of Harvard held even more meaning than classroom learning”. 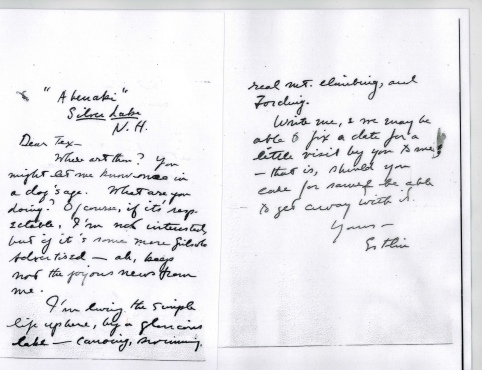 On page 495, there is a further mention that “Cummings was invited to accept a one year appointment as a Charles Eliot Norton Professor of Poetry at Harvard for the 1952-53 school year….In a letter from John Finley (Professor of Classics and Chairman of the Faculty Committee on the Norton Professorship), Finley began his letter by saying that he could not imagine anyone “whose presence at Harvard would rouse more widespread interest of who would be welcomed more eagerly”.  Winslow Wilson is noted to have been at attendance at one or more of the 6 lectures Cummings gave at Harvard during that school year.

In a biography entitled Dos Passos: a life, by Virginia Spencer Carr, the author notes that “Wilson was already signing his paintings (when he signed them at all) “Winslow Wilson” and Dos Passos surmised that he would be recognized eventually for his stunning portraits and seascapes”.

It is exciting that Bing McGilvray and Peter Anastas recently (January 2017) made me aware that the Gloucester poet, Vincent Ferrini, in his autobiography (the manuscript of which is archived at the Cape Ann Museum), refers to Winslow.  Peter notes:

“It was clearly written while Wilson was still alive and living in Gloucester.  As you can see, it locates him first at the Bradford Building, where I first visited him, and then after the building burned, on Portuguese Hill.  It mentions his letters to the editor and his two forms of painting.  The relevant text begins with “A voice crawls up from behind me.”  “Evan,”  whom Wilson asks Ferrini about, is Louis Evan, an artist who lived in Gloucester and New York and who first owned and operated the picture frame shop on 126 E Main Street (now the home of the Gloucester Writers Center) that later become Ferrini’s frame shop.” 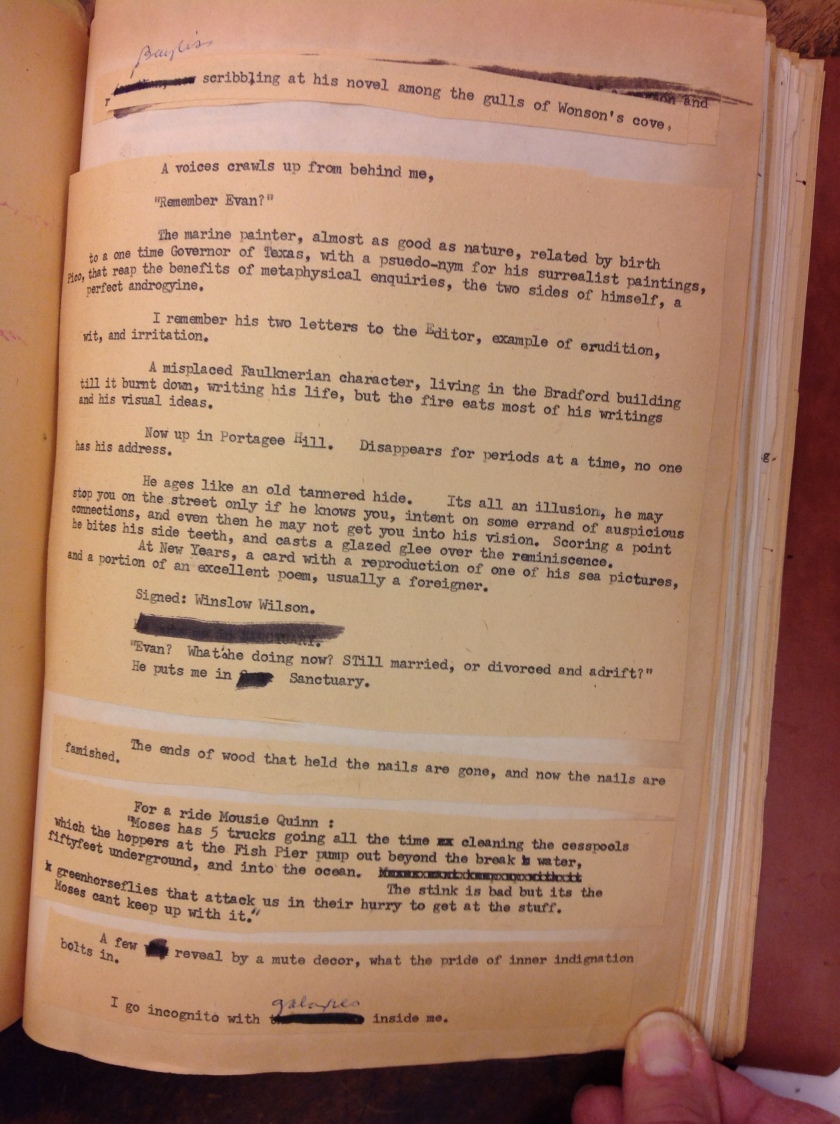 Wilson’s activity at the Rockport Art Association and in Gloucester intersected the lives of many Cape Ann artists over many mid-century decades.  Another local artist/friend was Earle Merchant, whose art was recently exhibited at the Cape Ann Museum.  Wilson painted a portrait of Merchant: 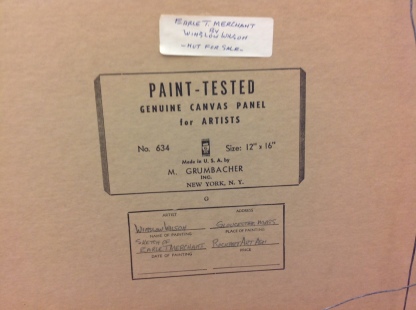